For more on Beast Quest, check out our full Beast Quest review. Or, for more of the best Playstation 4 games for an 8 year old, why not try our Family Game Finder

What is Beast Quest?

Based on the children's fantasy book series of the same name, Beast Quest for the Playstation 4 and Xbox One is an adventure game that sees you stepping into the beast-taming shoes of Tom, as he travels the kingdom freeing the four legendary beasts from the clutches of the evil wizard Malvel. As you explore the land's forests, mountain caves and icy plains, you'll battle monsters, solve puzzles and platform your way across rivers, up cliff sides and over gaping chasms. A bit like Uncharted, Tomb Raider or Assassin's Creed but for the younger crowd, Beast Quest is a fantastical adventure in a magical world that's basically a cross between Narnia, Harry Potter and Pokemon. 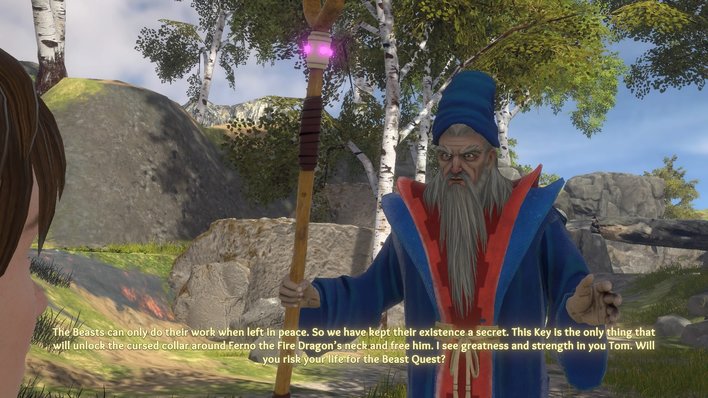 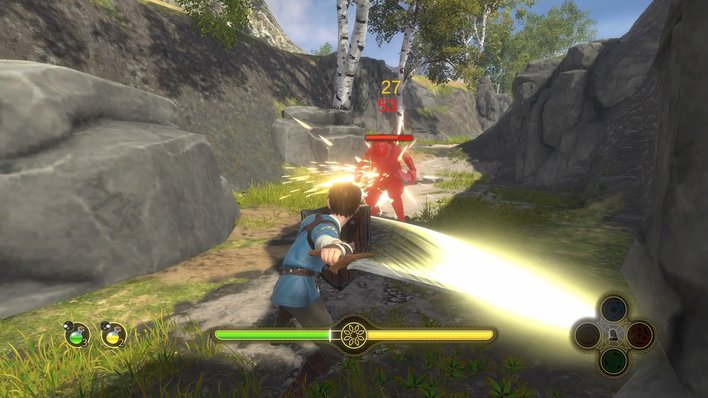 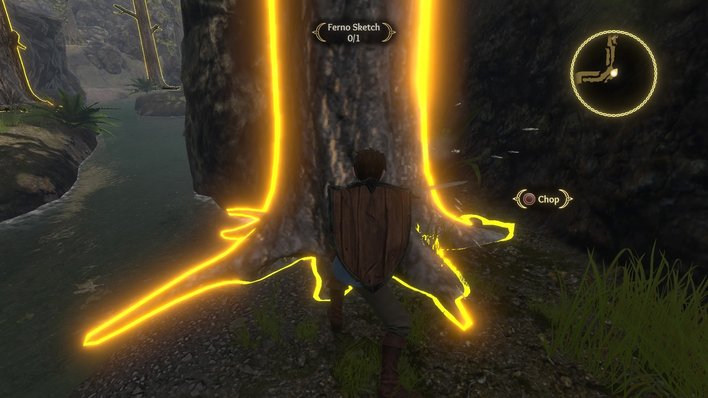 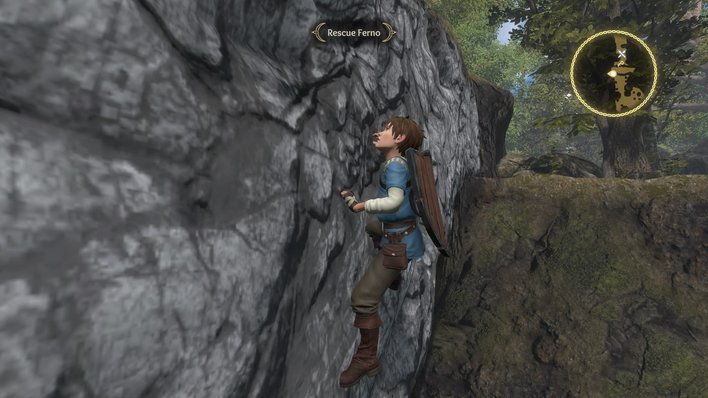 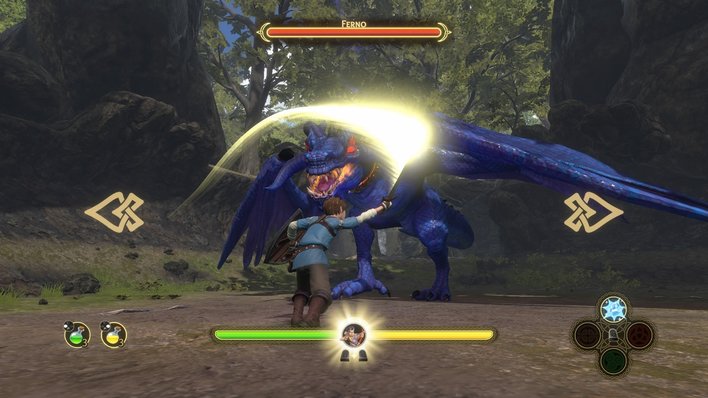 How do you play Beast Quest?

On a quest to free the legendary beasts, you'll venture to the four corners of the kingdom, on a fairly linear journey through towns, forests and volcanoes, with plenty of battling, platforming and puzzle solving along the way. Whether it's hopping across some well-placed pillars to cross a chasm, or pushing a huge stone block into place to give you a leg up to a higher platform, it's all fairly standard adventure game stuff, and a smattering of optional side quests - mostly of the fetch or monster-slaying variety - give you something to do outside of freeing the cursed beasts.

As you explore, you'll come across groups of enemies blocking the way, which you'll need to defeat in battle to pass. For each encounter, the enemies sit in the centre of a circular battleground, with Tom being locked to a track around the circumference - from there, he can attack with a choice of faster, weaker sword slashes, or heavier, slower swings, interspersed with various magical and special attacks. Enemy attacks can be blocked or dodged to try to mitigate some of the damage too, requiring you to keep one eye on the bad guys to see when they're gearing up for an attack. Completing battles earns you 'AP' points and gold, which can be exchanged for new and improved skills, health boosts and increased damage for Tom, via the Skills menu.

How easy is Beast Quest to pick up and play?

Aimed at kids, Beast Quest is a game that's fairly scaleable, with a choice of Easy, Normal and Beast Master (Hard) difficulties to choose from. However, it is worth noting that whatever difficulty you choose, you'll be locked into it, and it can't be changed later.

Regardless of the difficulty level, Beast Quest's battle system can take a bit of getting used to, especially when it comes to dodging, blocking and strafing away from enemy attacks, as there's a bit of a delay between you pressing the button and Tom pulling it off on screen. Your best bet is to effectively take it in turns with the enemies, unleashing your own flurry of attacks until you spot the bad guys gearing up for an attack, before backing off and blocking for a while. There's also a limit on how many potions you can carry (three), unless you spend some of your in-game gold on an upgrade.

As the game is fairly linear, there's little in the way of prompts to show you where you're supposed to be nothing next. Jumping between platforms can also take a bit of getting used to, as you need to time your button presses a second or two before you want to leave the ground to give Tom a bit of a run up first - or else he'll run off the edge of the cliff instead, falling to his doom below. While you'll start again from just before you fell off, only with slightly less health, if you lose all of your health (or fall in battle), you'll be sent back to the last checkpoint you crossed, which could set you back a fair way, depending on where you are.

While the story segments and cutscenes in Beast Quest are fully voiced and subtitled, any tutorials, side quests or conversations with the towns folk are not, and instead are delivered entirely through text alone. As such, much like with the novels, you'll need to be a fairly decent reader to get by.

As with the books that inspire it, Beast Quest is a relatively child-friendly title, with nothing in the way of blood and gore, bad language or sexual content to speak of. However, throughout the titular Beast Quest, you will get into plenty of battles with various humanoid and fantastical creatures - oversized spiders, skeleton warriors, dragons - attacking them with sword slashes and magical spells. Enemies flash red when hit, accompanied by impact sounds, and when defeated, fall over and fade away in a puff of purple smoke. No blood or visible injuries are shown.

Get Beast Quest from

quiz
Quiz: How many Skylanders can you name?

Test your Skylanders knowledge with this character quiz!