For more on Cat Quest, check out our full Cat Quest review. Or, for more of the best Playstation 4 games for a 10 year old, why not try our Family Game Finder

What is Cat Quest?

Cat Quest is a light-hearted role-playing game that sees a cat set off on a globe-trotting, dragon-slaying adventure to save his catnapped sister. Packing in an impressive array of cat-based puns, humour and exploration, helping out many a feline resident along the way, the aim is to get strong enough to take down kidnapper and all round bad egg Drakoth's dragon army, to rescue your sister. Along the way you'll learn to walk on water, uncover the history of your ancestors and deck yourself out in all kinds of equipment in a cutesy, cat-themed adventure. 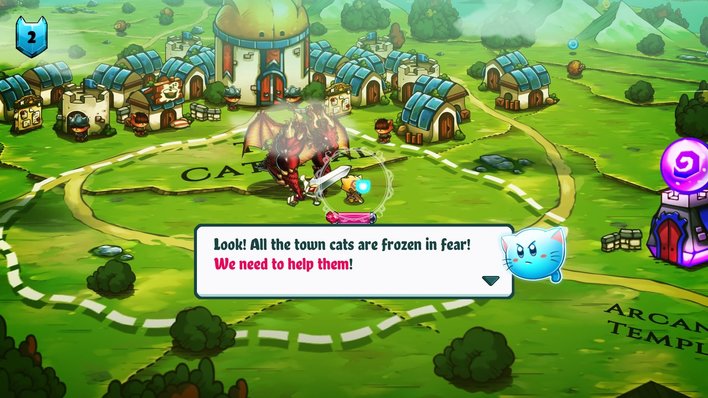 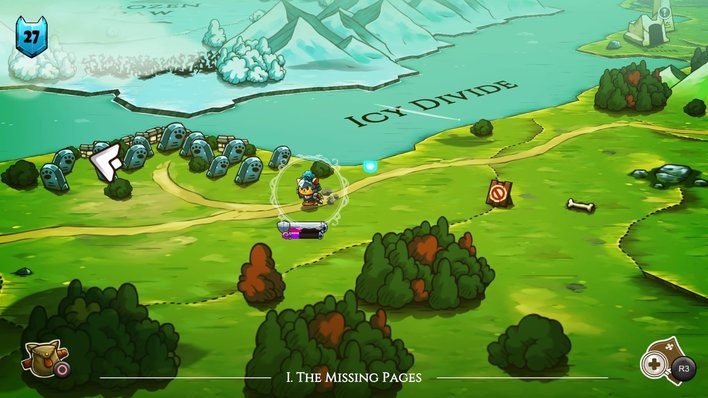 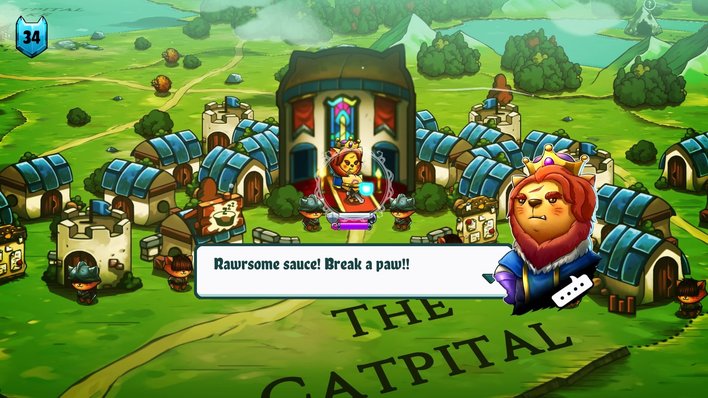 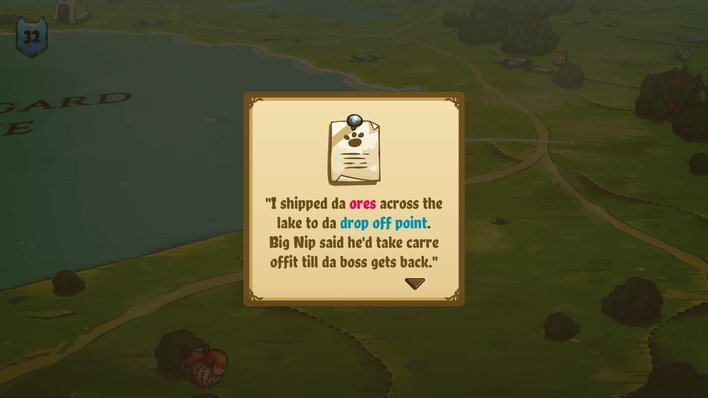 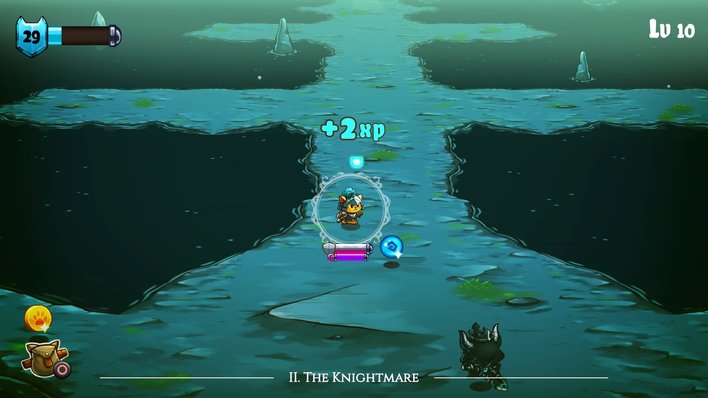 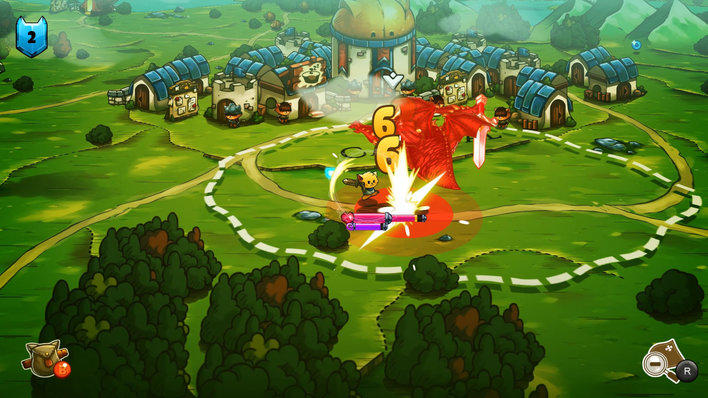 How do you play Cat Quest?

Taking place on a large world map littered with towns, dungeons and enemies galore, exploring is the key to Cat Quest. If you're going to defeat the dragon bosses, you'll need to be the strongest kitty you can be, and that means taking on some side quests. While some side quests will teach you useful skills, like how to walk on water or fly, others see you helping out archaeologist Cara Loft, locating a blacksmith's missing shipments or settling a sibling rivalry over cookery, to name but a few. Even if they don't teach you any specific new powers, every quest you complete helps you strengthen your protagonist kitty, ready to tackle those strong dragons.

Battles themselves are frequent fixtures throughout, and are pretty straightforward in and of themselves, involving a mixture of sword slashing, magic spell-wanging and well-timed dodges to take down the various enemies that inhabit Felingard. When enemies are gearing up to attack you, a red circle will fill up around their feet, giving you time to roll out the way of harm, and live to fight another day - although you will need to be fairly quick off the mark with some bad guys, depending on how quickly they counter. Most enemies are weak to either physical sword slashing or magical attacks, so figuring out which attack to use best is the key to dispatching enemies quickly. To bolster your cat's attack and defence, you can equip various hats, armour and weapons, found in and around dungeons, earned as quest rewards or bought from stores, with your cat's appearance changing to reflect what you've set, which is a nice touch.

How easy is Cat Quest to pick up and play?

Cat Quest itself is a fairly easy-going, light-hearted little role-playing adventure that's also fairly accessible, with a few provisos. As the game's map is fairly open, you may end up accidentally venturing into areas where the enemies are much too strong for you to defeat. One area in particular, the Furbidden Fields, is home to some tough bad guys, although frequent no entry signs, as well as chatter from your companion, warn you of its perils. However, some quests do require you to pass though it, dodging the enemies as best you can.

Likewise, Drakoth's dragons can be pretty tough to beat, and, despite what the game suggests, you don't want to try and tackle them back to back from the off - you'll need to do quite a bit of levelling up, and complete a fair few side quests, before you even try to tackle each new boss. We'd recommend allowing at least twenty levels between dragon encounters, hitting the first boss at around level 20, the second at level 40 and so on, and even then be prepared to have to use some fast evasive manoeuvres. Getting defeated in battle isn't that big a deal though, as you'll be brought back to life in the last town you rested at, keeping any accumulated levels and experience, to let you try again.

The game is also rather heavy on the text, both in terms of story exposition and directions for side quests, which means it really is a game for the confident reader - especially when it comes to appreciating the large amounts of cat puns throughout.

To match its cute and fluffy exterior, Cat Quest is a pretty family-friendly role-playing adventure, with nothing in the way of bad language, blood and gore or sex references. The game's minor violence is decidedly slapstick, and sees your feline protagonist slashing at enemies (bandit cats, ghosts, dragons) with swords and pelting them with magical spells, accompanied by impact sounds and bright flashes of light. Defeated enemies simply disappear in a shower of coins and experience point orbs. The word 'butt' appears in the dialogue from time to time, usually prefixed by an insult eg. "dumbutt", while one scene hints at swearing by saying "Holy shi…shitake mushrooms!", effectively censoring itself.

Get Cat Quest from

quiz
Can you name the PS2 RPG from the screenshot?

Do you know your Final Fantasies from your Kingdom Hearts? There's only one way to find out!

quiz
How much do you know about video game masks?

Test your knowledge of gaming masks with this themed quiz!

review
Vampyr Review - Evil is a point of view

Vampires, doctors and disease in this post-war London-themed role-playing adventure