What is Danganronpa: Another Episode - Ultra Despair Girls?

Danganronpa Another Episode: Ultra Despair Girls is a third person shooter sequel to a series of popular "visual novels" on the PS Vita - games that are essentially choose-your-own-adventure books. It tells the tale of two girls - Komaru Naegi and Toko Fukawa, who are stranded in a strange city in the middle of an uprising by a group of children. Unfortunately for you, you're going up against more than a few unruly kids, as these children also have control of an army of robotic bears, and intend to kill all the adults in the city, thus creating a paradise for children to live in. Looking for someone to make an example of to send a message to the rest of the adults, you and Toko are released into the city to be hunted down by the Monokuma bears. With a bomb-containing bracelet wrapped around your wrist, it's up to you to not only survive - but to bring down the kids' plan as you go. 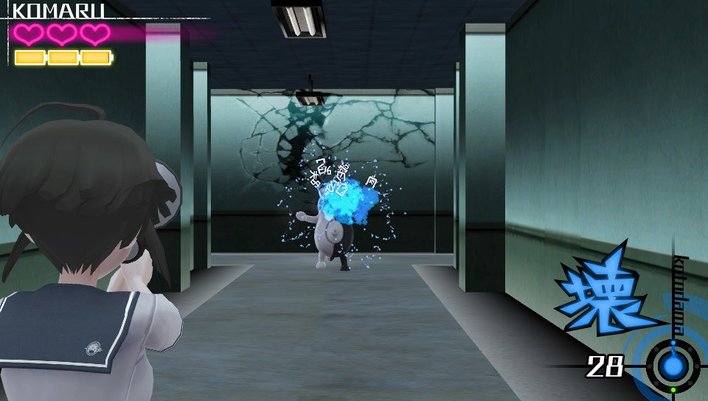 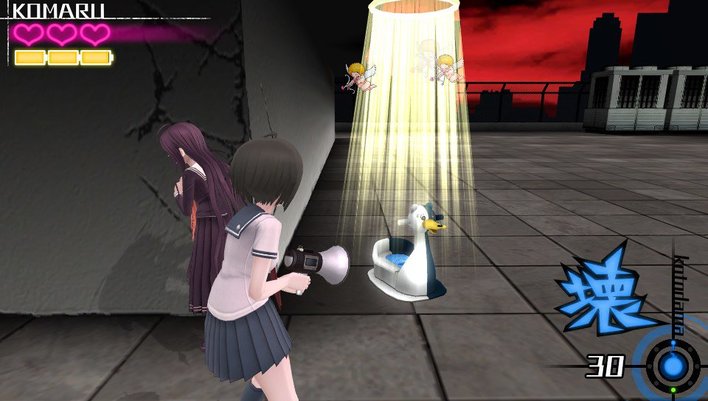 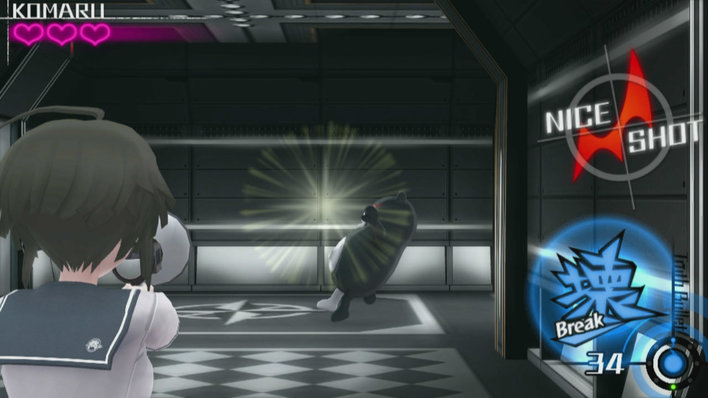 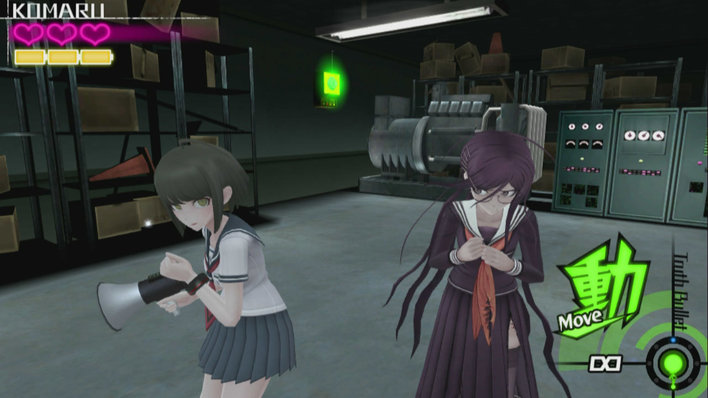 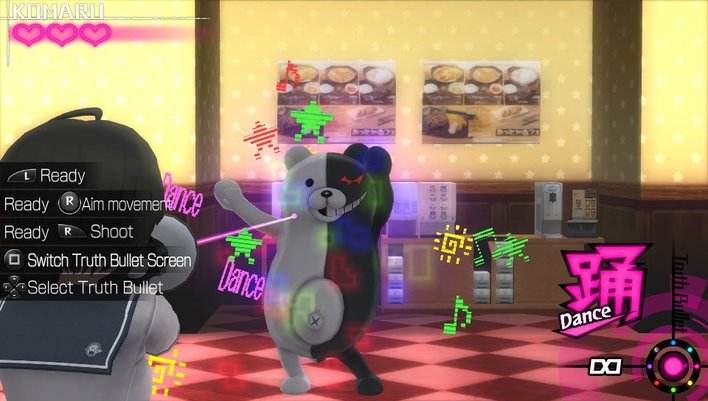 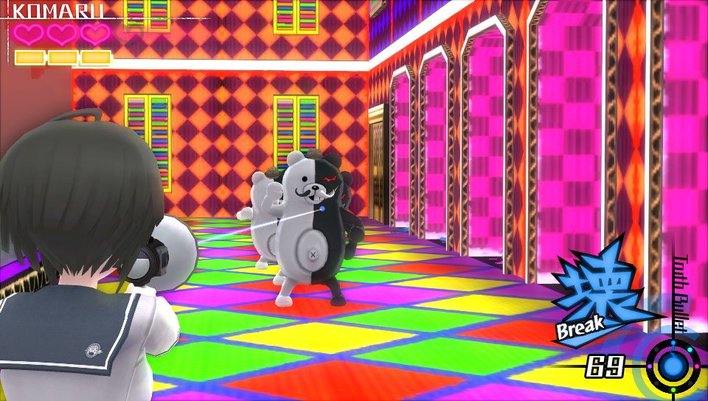 What do you do in Danganronpa: Another Episode - Ultra Despair Girls?

Part visual novel, part third person shooter, and part puzzle game, your time with Ultra Despair Girls will mostly be spent either clicking your way through pages upon pages of dialogue and story exposition, or exploring the city, looking for clues, as you face off against the Monokuma hordes. No matter which you're doing, though, there's lots of fun to be had - the story in particular is a highlight in the game, telling a great tale of two girls finding themselves, despite all odds, while the combat is accessible too. Rather than blasting the robot bears with guns, you instead use a megaphone to "shout" destructive commands at the bears in game (done by holding the L Button, and then pressing the R Button, not by shouting at your Vita, unfortunately), with a variety of different commands on offer. From Dance (which makes the bears, well, dance) to Knockback (which sends them flying), there's plenty to play around with - and, if you hit their red eye, you'll get an insta-kill. These various megaphone powers are then brought together in puzzle sections, which give you a room full of various kinds of monokumas, with various obstacles in-between them, and usually challenges you to use only a few of your megaphone powers, and destroy them all in one shot. It's easier said than done.

How tricky is Danganronpa: Another Episode - Ultra Despair Girls?

Ultra Despair Girls is an interesting game, in that while there's obviously more of a reliance on technical controls here (you'll have to be versed in dual analogue controls to cope), the game has a pretty clever way of making the game easier for those who prefer their games a bit more slow paced. Rightly guessing that there will be two types of players - those who speed through the game, and those who take their time, exploring everywhere - there are plenty of collectibles waiting to be found - and those collectibles actually make your game easier. From upping the power of your megaphone to giving your more health, there's loads of little bolt-ons to be found lying around - and only those who play the game slowly will find them.

So, while it's probably not for novice players, it's not exclusively for the most experienced either, and even those who aren't particularly good at dual analogue controls should manage to cope here.

A game aimed at a more mature audience, Danganronpa contains a lot that parents will want to be aware of. At a basic level, the game contains frequent, strong bad language (f**k is regularly uttered), and a lot of violence and gore - although, in the style of previous Danganronpa games, the effect of the blood splatters is reduced by the fact the blood is bright pink.

It's on the sexual content side of things, however, that parents will want to be cautious. Danganronpa deals with some very, very dark themes, including what effectively amounts to child prostitution. One of the characters repeatedly recounts when she was younger, and adults would touch her, promising to "be gentle". It's unsettling stuff. Beyond that, Danganronpa has the usual innuendo between its two main teenage girl characters, with talk of virginity, and Toko's constant fantasising about what she wants to do with Byakuya - although there's nothing too lucid here. In traditional Japanese game fashion, one scene does see Komaru take part in a fight where her clothes are slowly stripped off if she's hit. Again, it basically just takes her down to a bikini though, so it's nothing for parents to be too concerned about here either. 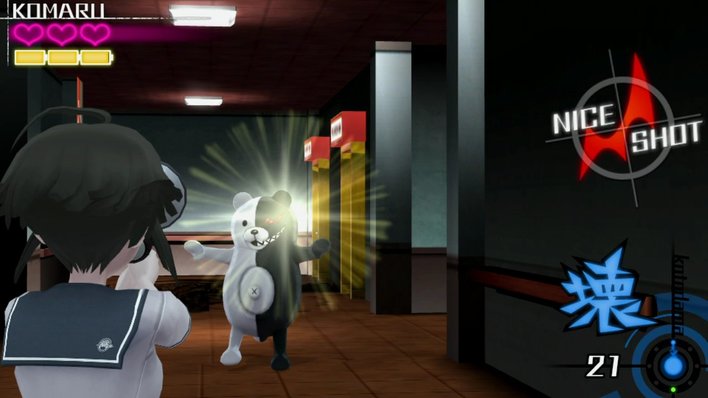 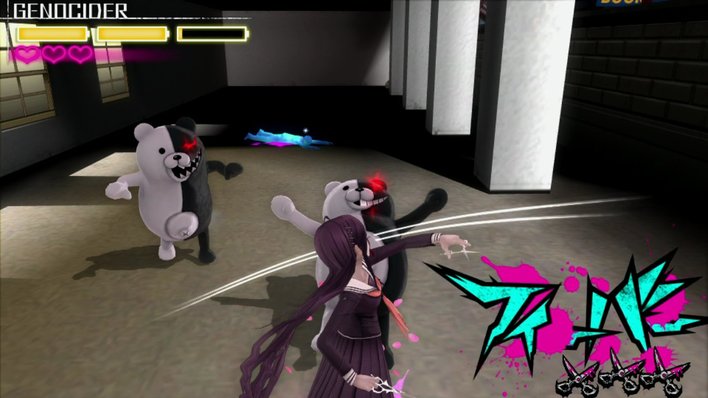 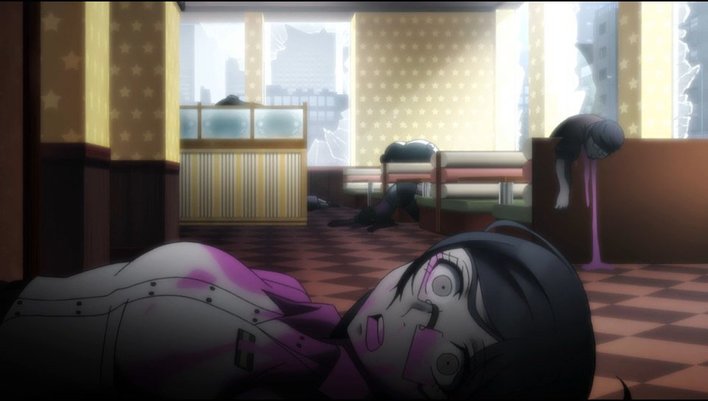 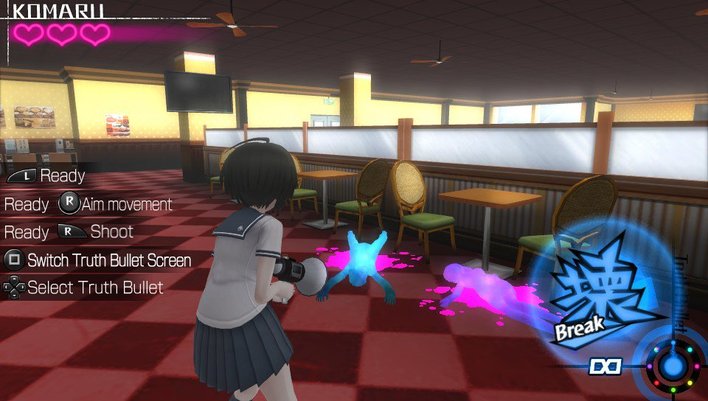 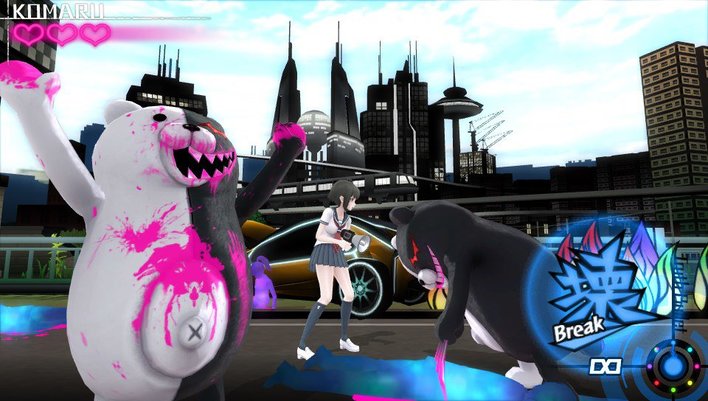 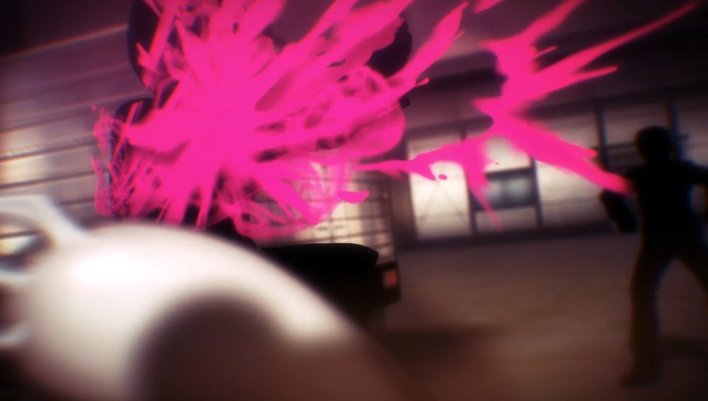 Get Danganronpa Another Episode: Ultra Despair Girls from

quiz
How many video game-related Star Wars ships can you name?

Whether they were made specifically for games, or just appeared there before the films, how many of these gaming Star Wars spacecraft can you identify?

quiz
Can you guess the classic Tomb Raider game only by Lara's butt?

It may not be her most famous asset, but how much attention were you paying to Ms Croft's early outings?

A dark and dangerous case of missing persons, the occult and giant sea monsters

One of the greatest games of all time - and its sequel - are reborn for another generation. Here's where you can find those sailors.