Make your own Kinectimals with the Build-A-Bear Workshop 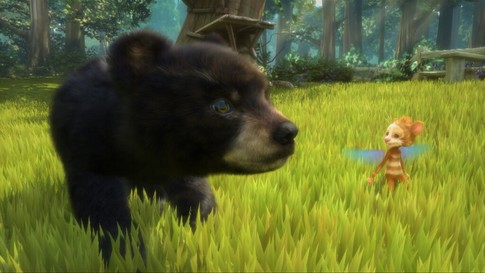 Last year saw the release of our favourite Kinect game, and one of the Kinect launch titles, the tiger stroking, cat teasing, minigame laden virtual pet game, Kinectimals. Letting you and your new tiger/lion/big cat cub explore an island, discovering new games and toys as you went, the game had you searching for some hidden treasure that the island's former owner, the late Captain Blackwood never got a chance to find. Coming this November, Kinectimals is seeing its very own expansion in the form of the oddly titled Kinectimals: Now with Bears, which will be released both as a separate downloadable add-on, and on a disk, which comes bundled with the original game, adding ten new bear cubs, and a 'mysterious device buried underground' that Captain Blackwood never got to.

To coincide with this months' release of Kinectimals: Now With Bears, Microsoft have teamed up with the Build-A-Bear Workshop to bring a series of additional characters to it's game. Priced at £15 each, you'll be able to pop down to your nearest Build a Bear Workshop, and make your very own Kinectimal from one of the designs below. Each bear features the Microsoft Tag technology, that lets you use hold your bear in front of the Kinect Sensor, and scan it in, unlocking your real life pal in your game, ready to play with. 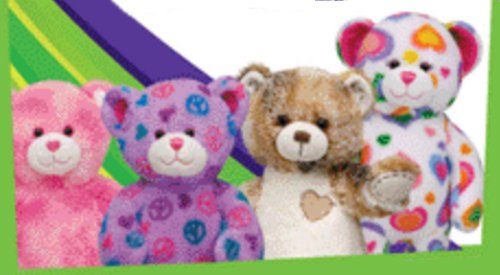 Not your conventional colour schemes for bears really...

Microsoft are also running a competition alongside the promotion, where you'll be in with a chance of winning one of ten Xbox 360 4GB consoles, all bundled with the Kinect Sensor, a copy of the Kinectimals: Now With Bears game, and a £100 gift card for the Build-A-Bear Workshop. You'll be able to enter the prize draw either online on the Build-A-Bear website, or in stores from the 14th of October, the same day as Kinectimals: Now With Bears hits stores. You can find out what we thought of the new game in our preview from Gamescom a few months ago, where we tried our hands at some fishing, played catch, and made a bear dance.

Cute and cuddly, but a little bit muddly.

From Alan Wake to Zoo Tycoon, from Deadfall to Diablo, here's our top picks for each age group