Just Dance 2017 is a party-friendly, pick-up-and-play dancing game, which sees players jigging along to a selection of 40 popular hits both old and new. With tracks ranging from Queen's Don't Stop Me Now, to David Guetta's Titanium, and even festive favourite Last Christmas, there really is something for everyone (for more, be sure to check out our handy guide to the full Just Dance 2017 song list) . Easy to get to grips with, and with oodles of cheesy and hilarious choreographies - not to mention support for four player multiplayer - it's the perfect light-hearted party game. 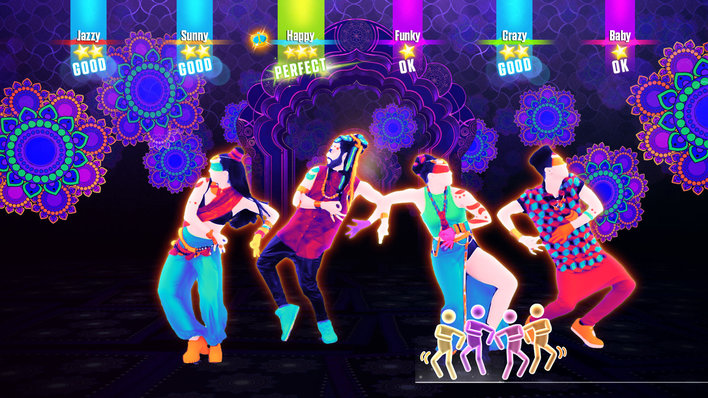 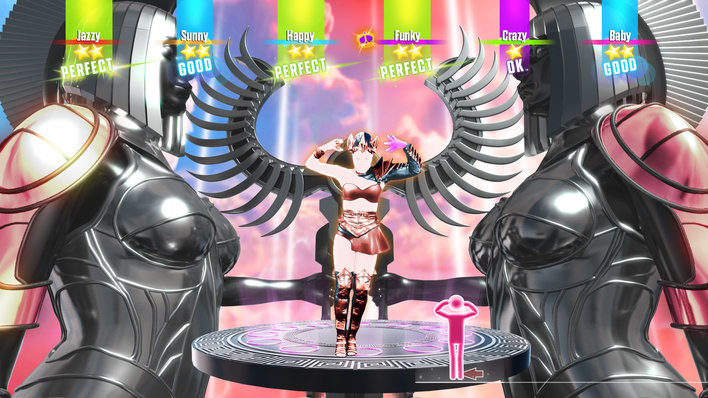 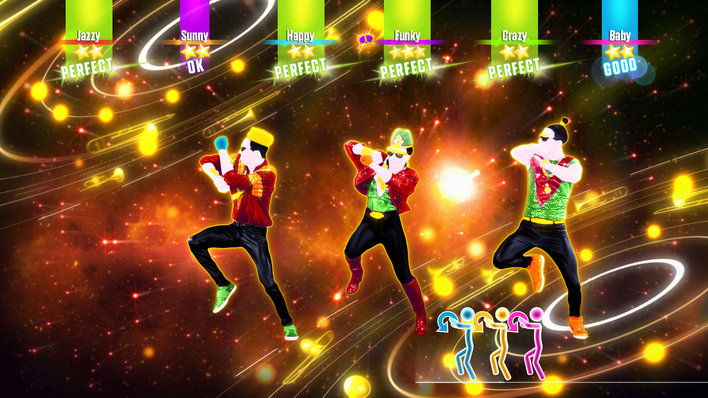 The epitome of pick up and play, getting into Just Dance 2017 is simple - once you've picked a song, all you need to do is to follow either the on-screen dancers, or the handy scrolling stick men prompts at the bottom, to dance along. The closer you match the prompts, and the more in time your movements are, the more points you'll score.

Depending on your platform of choice, you have a number of different ways of getting in on the action. On the Wii/Wii U, all you need is a Wii Remote for each player, while on Playstation and Xbox, you can make use of their respective motion sensing cameras to get involved. On Wii U, Xbox One, PC and PS4, you can also take advantage of the Just Dance Controller App - a free downloadable app that turns your smartphone into a fully functioning Just Dance controller, and lets anyone join in with the fun!

In addition to the 40 songs included on the disc, Just Dance 2017 also offers a subscription service called Just Dance Unlimited - for a small fee per month, you get access to a growing library of extra tracks to keep you dancing. It's an entirely optional way of expanding your song selection, and the standard edition of Just Dance 2017 comes with a three month free subscription.

With its simple 'Simon Says' style gameplay, Just Dance 2017 is the epitome of pick up and play. While you'll only score points for successfully copying the moves as and when they're shown on screen, there's also no penalty for messing up, with no such thing as a game over if you do badly. Designed to be a party game that anyone can get stuck into, there's a very low barrier for entry here.

For the littlest of players, some of the moves may be just a little bit tricky, elaborate or over the top, and the youngest of folks may find they're better suited to the more child-friendly Just Dance Kids or Just Dance Disney Party titles instead, which offer simplified choreographies and a soundtrack aimed at the younger audience. That being said, with no way of failing, there's no reason why anyone can't pick up a controller and get stuck in, making Just Dance 2017 a game that really is suitable for everyone!

As a game about dancing, there's nothing in the way of violence, gore or sex scenes to worry about in Just Dance 2017. The only potentially mature content here comes from the song selection, and the odd mildly suggestive lyric that makes it into the songs. While the game usually includes the more family-friendly 'radio edits' of tracks that cut out swear words, there is the odd line that hints at sexual escapades. For example, in Era Istrefi's Bonbon she sings that "He... scanned everything I had under my top" while Ariana Grande's Into You declares she would like "A little less conversation and a little more touch my body".

We Say
Violence and Gore:
None
Bad Language:
None
Sexual Content:
None
OK

A new year, a new Just Dance. With Just Dance 2019 marking a big anniversary for the dancing series, here's everything we know so far

Featuring Ed Sheeran, Shakira and Moana - and many more!

It's that time of year again - Ubisoft's dancing extravaganza is back

feature
The best girlfriend/boyfriend games to play this Valentine's day

HULK SMASH, Just Dance and race your way into their hearts with these titles