For more on Rakoo & Friends, check out our full Rakoo & Friends review. Or, for more of the best Nintendo Wii U games for a 5 year old, why not try our Family Game Finder

Rakoo and Friends is described as a "running adventure", that tells the tale of a young lovelorn fox known as Rakoo. After catching a glimpse of a sprightly female fox's tail, it's up to you to guide Rakoo through 64 levels, as he attempts to track down the lady fox he's become smitten with. 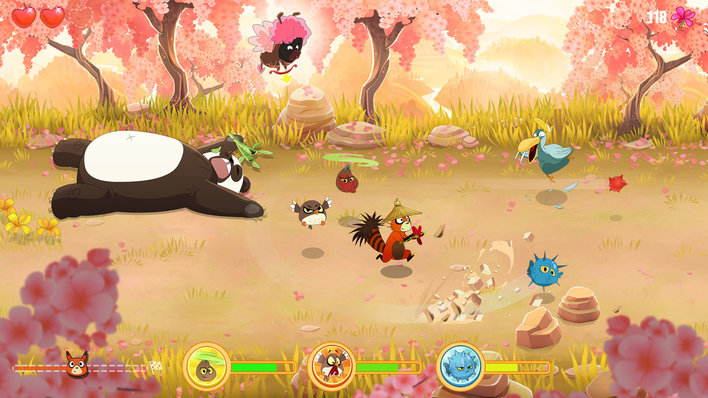 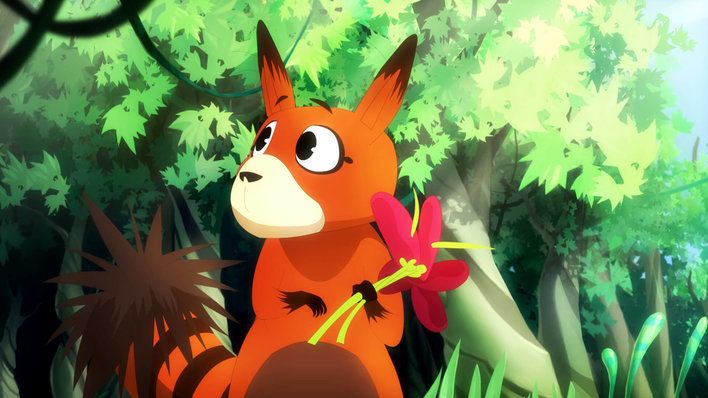 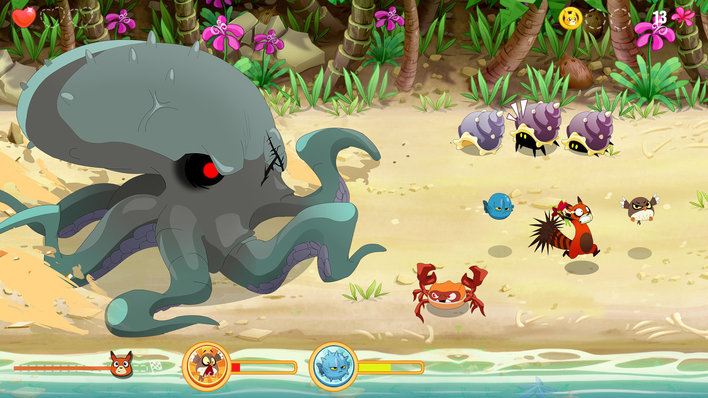 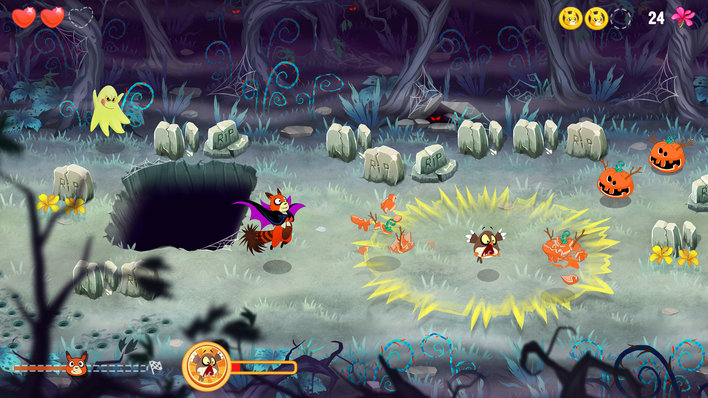 Rakoo automatically runs through the stage from left to right, and you have the ability to move him up/down/left/right around the screen as he happily trots along. So far, so simple - but between you and the finish line lie a number of enemy animals, who'll do all they can to stop you getting there. From warthogs to bees, from crabs to seahorses, these enemies will appear in groups to make your life harder. Some appear in vertical lines, leaving you only a small gap to fit through; some appear in horizontal rows, forcing you to swerve to avoid them; and others still home in on you, making dodging a lot harder. With no weapons or attacks of your own, it's up to you to simply evade the enemies, as you tear through the stage to the finish line.

In terms of accessibility, how hard you find Rakoo will likely depend on who you're playing with, and how many people you're playing with. With support for up to five players in local multiplayer, all you'll need is a Wii Remote for anyone who wants to join in. Those who play along get to control one of Rakoo's friends - an owl, a puffer fish, a heart, and a helicopter-seed-style-thing - who, unlike Rakoo, can actually attack enemies. To do this, they'll need to collect flowers in the level - and as there's only a certain number of flowers in the level, there can be a fair amount of competition amongst your team!

The bigger issue is that the more people that play along, the less hearts you'll have to play with. If you play on your own, you'll have three hearts, and as such can take three hits as you try to reach the end of the level - but for every player that plays with you, you'll start with one heart less, down to a minimum of one. So with a full five player compliment, you may have four friends taking out all the enemies for you (and making your life a lot easier), but you'll also only have room to make one mistake. That said, even when playing on your own, Rakoo's simple control scheme and easy to pick up and play concept means that even younger children shouldn't have too much trouble knowing what to do here - and if they do find themselves struggling, you can always choose to jump in and give them a helping hand/escort!

With nothing in the way of violence, swearing or bad language, Rakoo and Friends is thoroughly family friendly. While Rakoo's friends can "attack" the enemy creatures, they do so in a thoroughly unrealistic way - either screaming at them in the case of the owl, touching them with a spike in the case of the puffer fish, or spitting a nut at them in the case of the flying helicopter-seed-thing. Each attack simply pings off, and each enemy reacts differently - some simply flip over with their eyes shut, looking more asleep than knocked out; some make a comedy popping sound, leaving behind a skeleton; while others simply make a deflating sound before disappearing.

News
Pokemon Moon and Sun leaked - what else can we expect from the Pokemon Direct?
Parent's Guide
Parent's Guide: Return to PopoloCrois: A Story of Seasons Fairytale - Age rating, mature content and difficulty

The ultimate Kirby battler hits the 3DS, just in time for Christmas

Adventure Time, the Regular Show, Steven Universe, and many more best loved characters come together to take on the world in this side-scrolling beat 'em up.

Oodles of games on the way, from sci-fi school girl robotic romance to playing the perilous lunar stock market and much, much more

review
Rakoo & Friends: Run! In the name of love!

This is a biggie! Enter now for your chance to win a Shovel Knight amiibo and a copy of the game!

Everyone was Te-eam Sonic Racing, try to keep your feet right on the ground